In the context of enterprise architecture there are typically multiple attributes we are concerned about, for example availability, security, performance, usability and so forth. In continuous delivery, we introduce two new architectural attributes: testability and deployability.

In a testable architecture, we design our software such that most defects can (in principle, at least) be discovered by developers by running automated tests on their workstations. We shouldn’t need to depend on complex, integrated environments in order to do the majority of our acceptance and regression testing.

In a deployable architecture, deployments of a particular product or service can be performed independently and in a fully automated fashion, without the need for significant levels of orchestration. Deployable systems can typically be upgraded or reconfigured with zero or minimal downtime.

Where testability and deployability are not prioritized, we find that much testing requires the use of complex, integrated environments, and deployments are “big bang” events that require that many services are released at the same time due to complex interdependencies. These “big bang” deployments require many teams to work together in a carefully orchestrated fashion with many hand-offs, and dependencies between hundreds or thousands of tasks. Such deployments typically take many hours or even days, and require scheduling significant downtime.

Designing for testability and deployability starts with ensuring our products and services are composed of loosely-coupled, well-encapsulated components or modules (in the context of object-oriented programming, such systems follow the principles of SOLID design).

We can define a well-designed modular architecture as one in which it is possible to test or deploy a single component or service on its own, with any dependencies replaced by a suitable test double, which could be in the form of a virtual machine, a stub, or a mock. Each component or service should be deployable in a fully automated fashion on developer workstations, test environments, or in production. In a well-designed architecture, it is possible to get a high level of confidence the component is operating properly when deployed in this fashion.

Any true service-oriented architecture should have these properties—but unfortunately many do not. However, the microservices movement has explicitly prioritized these architectural properties.

Of course, many organizations are living in a world where services are distinctly hard to test and deploy. Rather than re-architecting everything, we recommend an iterative approach to improving the design of enterprise system, sometimes known as evolutionary architecture. In the evolutionary architecture paradigm, we accept that successful products and services will require re-architecting during their lifecycle due to the changing requirements placed on them.

One pattern that is particularly valuable in this context is the strangler application. In this pattern, we iteratively replace a monolithic architecture with a more componentized one by ensuring that new work is done following the principles of a service-oriented architecture, while accepting that the new architecture may well delegate to the system it is replacing. Over time, more and more functionality will be performed in the new architecture, and the old system being replaced is “strangled”. 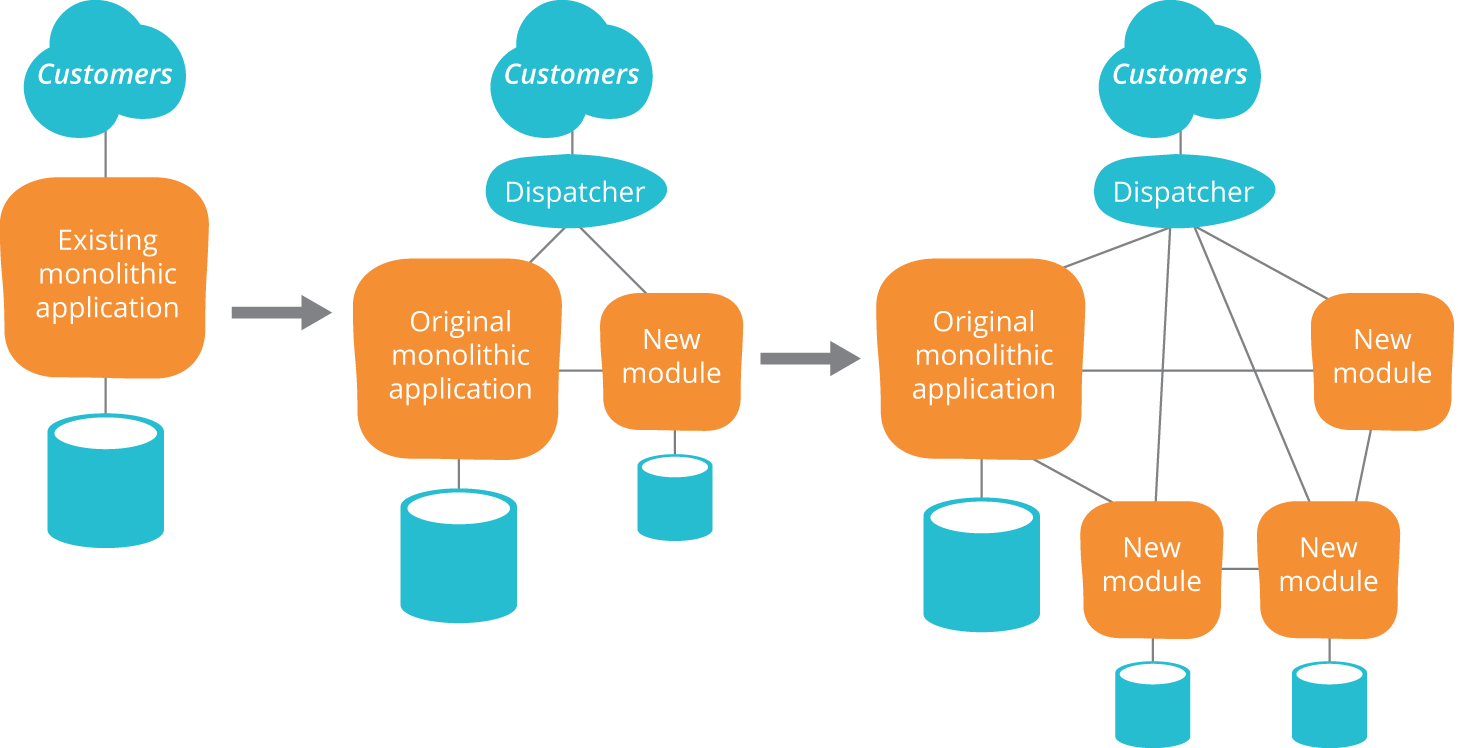 Is continuous delivery just for websites?

No. In the case studies section of the site, you’ll find examples from teams applying continuous delivery to every type of architecture from firmware to mainframes. The architecture people seem to have the most trouble with anecdotally is packaged software / COTS. However research from the 2015 State of Devops Report shows that there is no correlation between working on this kind of system and poor performance.